Open Maps Widget for Google Maps settings to configure the Google Maps API key. The map can't work without it. This is a Google's rule that all sites must follow.

Miller & Olson LLP is pleased to announce for the second year in a row, Partner Rebecca J. Olson has been selected to the 2016 Northern California Rising Stars list. Each year, no more than 2.5 percent of the lawyers in the state are selected by the research team at Super Lawyers to receive this honor. Super Lawyers, a Thomson Reuters business, is a rating service of outstanding lawyers from more than 70 practice areas who have attained a high degree of peer recognition and professional achievement. The annual selections are made using a patented multiphase process that includes a statewide survey of lawyers, an independent research evaluation of candidates and peer reviews by practice area.

The Cost of Special Elections

The cost of special elections to fill vacant legislative seats in California in terms of dollars can be substantial, and the turnout can be significantly lower than in a regular general election.  Laurel Rosenhall  has a great story in CalMatters.

The San Jose City Council passed a number of changes to their campaign finance ordinance last week.  The voluntary expenditure limit was eliminated, simplified the $250 late contribution report in the last days before the election and removed disclaimer requirements for printed materials besides mailers.  You can read the details Campaign Finance Changes in San Jose.

There are currently four statewide measures that have qualified for the ballot, including a referendum on the statewide plastic bag ban passed by lawmakers last year, a reversal of 1998’s Proposition 227 restricting bilingual education in public schools, a measure to protect a multibillion-dollar federal revenue stream for California hospitals from legislative interference, and a $9 billion school bond.

There are 37 other proposals cleared for circulation, including legalization of marijuana, a $9 billion school bond, raising of the minimum wage and a campaign finance disclosure measure.  You can read the details in the Sacramento Bee here 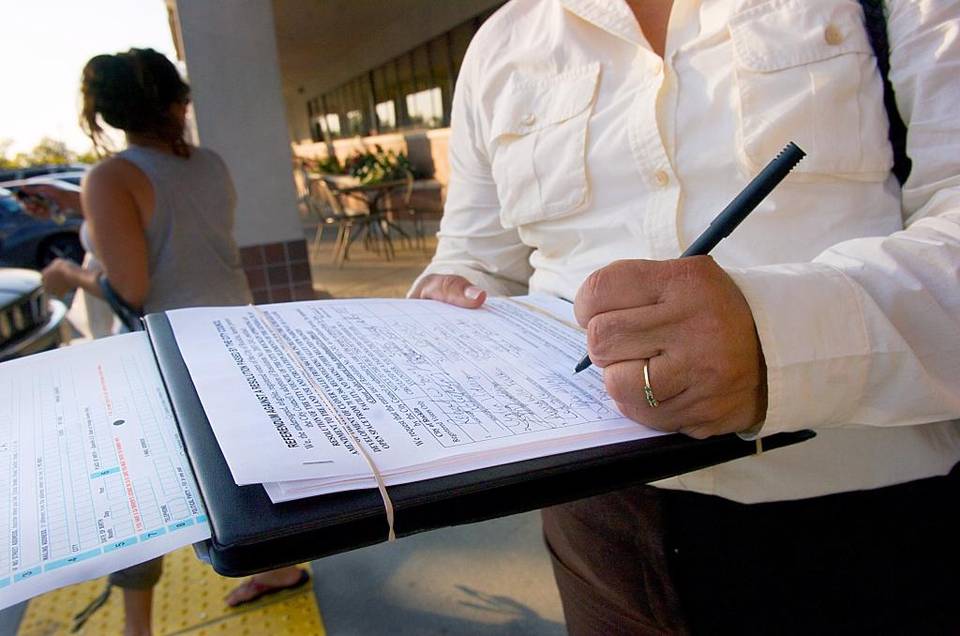 A new effort, funded by Jim Heerwagen, a Los Gatos software entrepreneur, proposes a state constitutional amendment to add the right to campaign finance disclosure, along with some other changes, including an overhaul to the Secretary of State’s electronic filing system.  You can read more about the details here.

“Sate lawmakers on Monday voted to increase the cost of filing a proposed ballot initiative in California from $200 to $2,000, in response to a failed bid for an anti-gay measure to appear before voters next year.”  Supporters say it will help weed out those filers who are not serious about mounting an actual campaign, but opponents feel it puts a burden on political expression.  Governor Brown has not indicated whether or not he will sign the measure if it passes the Assembly.

You can read the Los Angeles Times article here.

The Importance of Campaign Counsel

“San Jose City Councilman-elect Manh Nguyen wants a written apology from City Hall.  The incoming District 4 councilman wants the City Clerk’s Office to admit — in writing — that it screwed up. He claims the office gave him bad advice about filing his election finance reports, which led to him filing 99 late campaign contribution forms (for donations totaling $271,386) and failing to report an additional $11,634 in contributions.” (San Jose Mercury News, 7/23/15).

Unfortunately, this story is not unusual.  It highlights the importance of campaign counsel to navigate the often complex reporting requirements of local campaign ordinances. In jurisdictions with very low contribution limits, however, candidates struggle to raise enough funds to afford to hire campaign counsel, and try to get by relying on advice from the local officials. If that local official gives erroneous advice, it is the campaign that is held responsible for the violation of the law, and the same jurisdiction can then impose a fine for the erroneous advice it gave in the first place.

Campaigns in jurisdictions like this one should weigh the cost of campaign counsel against the cost of paying fines from the local jurisdiction and/or the Fair Political Practices Commission, along with the political consequences the violation can cause.  In the long run, hiring counsel can turn out to be the less expensive option.  Consider it an insurance policy to prevent these types of mistakes from happening in the first place.

Miller & Olson, LLP is pleased to announce Partner Rebecca J. Olson has been selected to the 2015 Northern California Rising Stars List.  Each year, no more than 2.5 percent of the lawyers in the region are selected by the research team at Super Lawyers to receive this honor.  The Rising Star honor is awarded to attorneys 40 years old or younger.

Super Lawyers, a Thomson Reuters business, is a rating service of outstanding lawyers from more than 70 practice areas who have attained a high degree of peer recognition and professional achievement. More information is available at SuperLawyers.com.