Open Maps Widget for Google Maps settings to configure the Google Maps API key. The map can't work without it. This is a Google's rule that all sites must follow.

On January 1, 2021, local jurisdictions that have not adopted campaign contribution limits for candidates running for office in that jurisdiction will be required to adhere to the state-imposed limit of $4,900 per election for elections being held in 2021 and 2022. Limits will be linked to the state candidate contribution limit which is adjusted for inflation every two years. The language of the new law can be read here. 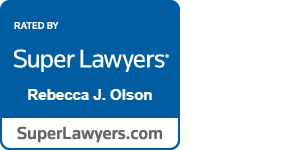 Miller & Olson LLP is pleased to announce Partner Rebecca J. Olson has been named to the 2020 Northern California Super Lawyers list in the Legislative & Government Affairs category.  Rebecca is a founding partner of the firm and heads up the Sacramento office.

Previously, Rebecca was named to the Super Lawyers Rising Stars List in 2015 and 2016.

Super Lawyers, a Thomson Reuters business, is a rating service of outstanding lawyers from more than 70 practice areas who have attained a high degree of peer recognition and professional achievement. The annual selections are made using a patented multiphase process that includes a statewide survey of lawyers, an independent research evaluation of candidates and peer reviews by practice area.  A description of the selection process can be found here.

Today we recognize the 150th anniversary of the ratification of the 15th Amendment. Miller & Olson recognizes how far we have some since that day. But there is still plenty of work to do to ensure everyone has equal access to the voting booth.

For more information about the important history of the amendment, please click here.

Commissioner Maria Audero, a Los Angeles employment law attorney, left the agency more than seven months before the conclusion of her term to assume a new role as a U.S. magistrate judge for the Central District of California.  Read the full article from the Sacramento Bee here.

Per the New York Times, “the Supreme Court declined on Monday to address the central questions in two closely watched challenges to partisan gerrymandering, putting off for another time a ruling on the constitutionality of voting districts designed by legislatures to amplify one party’s political power.”  Details here.

On August 28th, the California Supreme Court ruled that local tax initiatives brought by citizens can be placed on a special election ballot.  They differ from measures placed on the ballot by local governments, which can only place tax measures on a general election ballot.

To read the full text of the opinion, click here: City of Uplands Case.

Miller & Olson LLP was featured in the news!  Check out the profile on our firm in the Daily Journal.

Download the Daily Journal article as a .PDF here Miller Olson LLP aims to keep its clients — candidates and office-holders — out of trouble.

Miller & Olson LLP is pleased to announce for the second year in a row, Partner Rebecca J. Olson has been selected to the 2016 Northern California Rising Stars list. Each year, no more than 2.5 percent of the lawyers in the state are selected by the research team at Super Lawyers to receive this honor. Super Lawyers, a Thomson Reuters business, is a rating service of outstanding lawyers from more than 70 practice areas who have attained a high degree of peer recognition and professional achievement. The annual selections are made using a patented multiphase process that includes a statewide survey of lawyers, an independent research evaluation of candidates and peer reviews by practice area.